During times when we cannot go out to casinos or gaming facilities a lot of people are turning to the world of online gaming. This allows for individuals to participate in one of their favourite recreational activities from the safety and convenience of their own home. Online gaming sites can be reached via a traditional desktop PC, laptop, tablet or smartphone. When you just begin to explore the world of online gaming there are a lot of options and it can become mind-boggling trying to find the best ones. 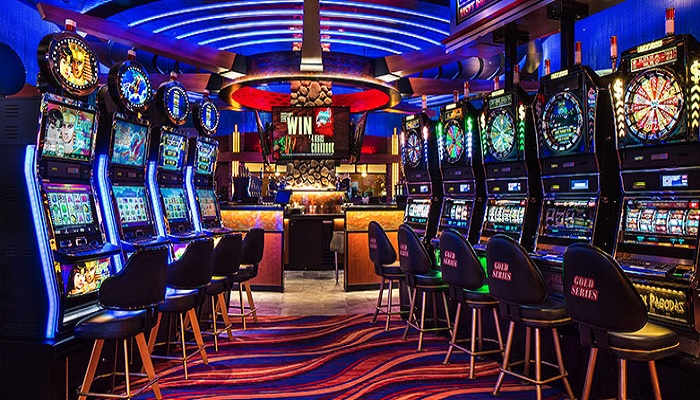 Deal Or No Deal: This is a top slot game because a lot of people like to play games that are familiar to things they like. Game show lovers will relate to the icons and theme presented in deal or no deal. This was a coveted show hosted by Howie Mandel where contestants had the opportunity to take the deal or pass for the chance of a better deal. In the deal or no deal video slot game, the spin reel consists of 5 reels and 20 lines. There are also three different coin sizes in the reel. Each coin size represents a different dollar amount.

Monopoly Mega Movers: Nothing is more nostalgic than the game of Monopoly. It doesn’t matter what portion of the world you are playing from you will recognize Monopoly. The fun graphics of this online slot game include all of the key Monopoly pieces you grew up playing with and a few of the new ones as well. You follow Mr Moneybags on an adventure around the playing board. This is a 5 reel game with 30 line winning options and one of the newest features is the addition of some of the new and quirky Monopoly pieces. These whimsical pieces include the rubber duck, penguin and t-rex. Nothing brings back memories like a good game of Monopoly.

Starburst: This has quickly become a fan favourite in the online gaming community. This game has bright graphics and pieces that appear to be glowing. The starburst slot game was developed by NetEnt and features 5 reels and 10 lines to bet on at any given time. The neon lights captivate gamers and the in-game bonus features keep them playing. One bonus feature in this popular online slot game is a range of wilds that exclusively appear on reels 2, 3 and 4. These wilds can completely change the course of the game and keep gamers on the edge of their seat through each spin.

Fairytale, Red Riding Hood: Who doesn’t like a good fairy tale to keep them entertained? Those who enjoy the Grimm brothers and other stories will appreciate the graphics and design that went into creating the red riding hood online slot game. The impressive graphics on the spin wheel include little red riding hood herself, the big bad wolf, locks, keys, grandma and other favourites from the story. This interactive game consists of 5 reels and 20 lines for a myriad of combinations to win. As if the fairytale theme itself isn’t enough, this game also has 3 bonuses that are triggered at random throughout the gamer’s playtime. Some symbols throughout this game also can generate free spins and re-spins which can completely change the flow of the game from spin to spin.

King Kong Fury: Gamers that enjoy a wide array of winning options and a bit of a jungle theme will enjoy King Kong Fury. This game features 5×4 reels which mean there are up to 50 winning options for each spin of the wheel. NexGen created this game and took the graphics to a whole new level with skull island, king kong and all of the opponents he beats on each spin of the wheel.

These top 5 online slot games are some of the most popular across the globe right now. Their popularity doesn’t mean they are the only ones that gamers should enjoy. Just as a trip to a casino will boast a few fan favourites and a few less popular games, the same is true in the world of online gaming. Gamers will enjoy all of the impressive graphics, bonus spins and special features that make these five some of the best but it never hurts to go back to some old favourites as well. Variety is the spice of life and when we have nothing but time on our hands right now there is no harm in revisiting a couple of classic online slot games as well.